Consumerism and the Social Institutions 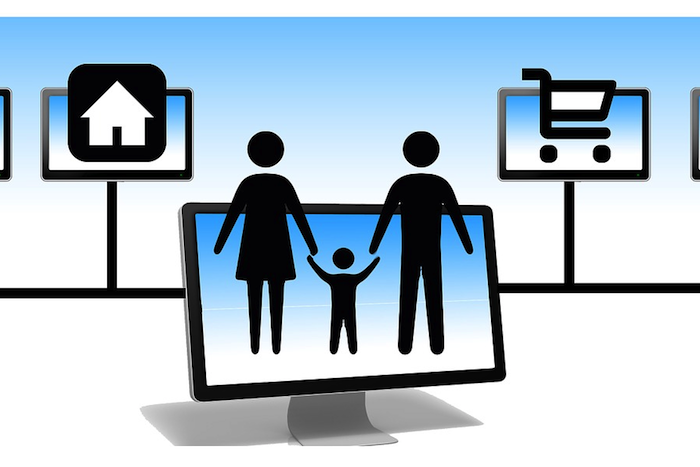 The post-industrial world is the world of the consumer. In the main, consumerism marks the demise and extinction of the hunter/gatherer society, even as the basic habits and structures of the latter are preserved in the former. The process of consumption is not visibly different from hunting and gathering in the sense that one still leaves the shelter setting, interacts with the environment, searches for resources, acquires them, and returns. It is also similar to the next order of society, which is horticulture. Simply put, modern consumption allows for the gathering and cultivation of resources to produce new resources. In this mode, consumption even invites the lay-consumer toward the replication of even higher social orders of agrarianism and industry. One can buy tractors, land, seeds, professionals, and laborers and live a life not altogether different in character from ones's predecessors in former centuries. In essence, consumption represents not only a departure from the traditional sociological hierarchy of existential methodologies, but also a sort of fractal-reflection of all of them at once. After this fashion, the process of consumption has overtly contributed to the very fabric of the social institutions themselves. In places where consumerism exists in its most advanced states of evolution, it can be seen permeating every aspect of society: economy, education, kinship, polity, and religion.

Likewise, education has become an nearly-fully consumerist institution, with the majority of what a human needs to succeed (the new word for survival as a consumer) existing in consolidated form behind a paywall. Ritzer observes, among other common characteristics, a “shopping mall” quality of modern school systems in which the material concerns often seem to eclipse the core educational objective. (p. 127) At the extreme end of that observation, one may note that what both US presidents in the twenty-first century had in common was a highly prestigious and incomprehensibly expensive degree from Harvard. Similarly, among the vocations, regulation usually demands certifications, ranging from general to advanced, which can only be obtained by successfully completing paid coursework. While it is possible to fully socialize education, doing so would not change its basic nature as a consumer service; socialization would merely distribute the consumer-status across the population. At the core, educators must still receive compensation for their services in order to sustain themselves within the consumerist economy.

In a way, this outcome also represents one of the greatest influences consumerism has had on kinship as a social institution. In terms of time and space, the effects are most evident. The family, as a kinship unit, has undergone major transformations in size, composition, and even definition. It has, on average, gotten smaller over the last century. It is no longer an inter-generational network of great grand-folks, grand-folks, young parents, and children; often it is little more than a single parent and a child, and even those links and constructs are not constrained to the biological or literal meanings. Additionally, educational and occupational obligations tend to reduce the amount of actual time those members are able to spend in each others presence, although the alternative can be true as well. Jonathan Turner (2003) explains that “as Kinship and economy differentiate, kinship is transformed from both a producing and consuming unit into one revolving primarily around consumerism.” (p. 263) Part of what contributes to this shift is the enabling quality of consumerism to permit single actors to survive and sustain themselves independently, but an outcome of this is the reduced quantity of educational input from the family which has now almost universally relinquished the fullness of that role to the school system. Once in control, the school system itself becomes a case study in consumerism!

One might place polity highest on the list of consumer driven social institutions. In so doing, there is an implied concession on the part of religions which once occupied that critical role with little opposition. In deed, as Turner observes “throughout much of human's evolution, political and religious leaders have overlapped; those who held political power where often religious elites.” (p. 273) In modern times, however, to discuss military spending, education, retirement, disaster relief, space exploration, and law enforcement, is to examine areas of social activity once governed jealously and exclusively by religion, which are now wholly within the dominion of the federal government. It is not hyperbolic, therefor, to assert that by putting George Washington on the dollar, Ulysses Grant on the fifty, and Ben Franklin on the hundred, America promoted two generals and a secretary capable of defeating God himself. In the present, one might argue that the critical difference between the two now-divergent institutions is a function of consumerism- one can typically only get saved in a handful of rigidly-predetermined settings; one can get virtually everything else from the government. One may pray for comfort in the afterlife, but one can also contribute up to seven percent of their income to an IRA. The legitimacy of the latter proceeds directly from the solidity of government regulation; whereas the former rests on the precarious whim of an unknowable hypothetical construct.

Regardless of the relative changes in the interplay between these last two institutions- religion and polity- each of them has been overhauled by consumerism. The antagonistic relationship still resides as an undeniable under-current in discussions of either, but both have embraced the new capabilities of a consumer-oriented society. For example, the Pope has a Twitter account, for no other reason than the undeniable observation that millions of people bought devices which enabled them to potentially receive Tweets, and in fact, millions more immediately followed the Pope, validating the Vatican's choice to replicate a popular marketing technique which could not have effectively existed in any other mode of society. At the other end of the power paradigm, the US government regularly purchases (and uses) weapons of war from massive industrial corporations like Boeing and Northrup Grumman. While decidedly more effective than tweets against certain threats, these examples are just minor points compared to the role of world governments in creating and operating international financial organizations to facilitate such magnitudes of consumption. Conversely, the ability to deny a population access to the objects of their consumption can be more deadly potent than any weapon of war. For evidence of this, one must look no further than the shocking disparity between the volume of casualty resulting from the Iraq war and the massive toll exerted by the purely economic sanctions imposed upon that country. (Crawford; Crossette)

Increasingly, the comprehensiveness, the inclusiveness, and the effectiveness of the government's efforts are reflections of the influence of consumerism. The metamorphosis has been all-encompassing. The kinship unit is now a small, economically independent organism whose most clear educational mandate is to socialize its young with at least the most basic conception of what is and is not permitted under the law, while maintaining at least a minimum obligation to find and obtain what is necessary to them to survive. The polity is charged with maintaining the broader educational opportunities from there, at cost to the kinship unit as a tax-payer. As consumption becomes the primary mode of survival, the incentive for the polity to engage and promote the economy becomes undeniable. Religion is left with the unenviable challenge of motivating or consoling the consumer to the heartbeat rhythm of boom and bust.

What unites these many themes is the basic interaction between the consumer and the provider. One might also safely suggest that what divides them is the distance between these two concepts. The consumer labors for currency to trade. The provider labors to produce goods or services in exchange. In a truly consumption-driven society, the distinction is merely cyclical: consumers are producers by default , and producers are consumers by necessity. The consequence can seem awfully contradictory. In the old days, a person had to know how to do everything just to hold on to very little, most times. In this brave new world, a person can have it all by knowing how to do very little, especially if he or she does it well. The biggest threats to the new world order, therefor, are the tendencies toward devisiveness that discourage cooperation and compromise.

It is a place where contagious apathy can be more corrosive than open rebellion.