Effort and Achievement: the Merits of Traditional Methodology 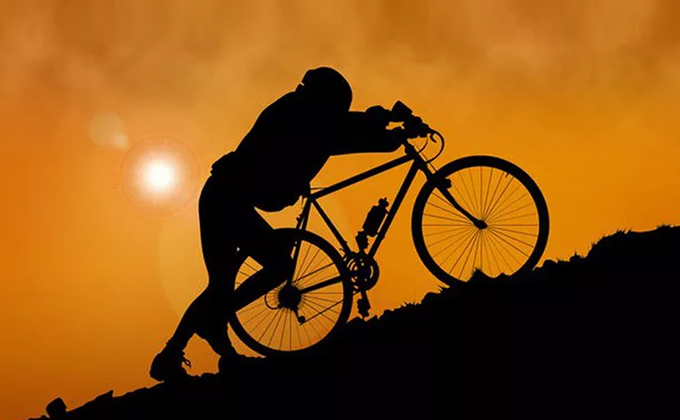 Educational achievement is an elusive concept. Everyone seems to agree that it is a valuable commodity and as such, more is better. From there, however, opinions and approaches are as divergent as can be. Do we want more people to graduate? Do we want higher test scores? To both, a resounding 'sure, why not.' but do we want more school? Do we want harder classes? From most quarters, a hushed and hesitant 'meh...' The easy answer is that we can have more of the first group at the expense of the second group, and common sense suggests that more of the second group will adversely affect the first group.

A functional relationship emerges like a brick wall for us to bang our heads against. Higher test scores and better rates of attrition would certainly follow if we made the classes easier and less frequent. Conversely, lower test scores and less graduates would seem to follow making the tests harder and the classes longer. The only real proven way to increase educational achievement is to reduce the class size. Standardized testing only measures progress, allowing educators to evaluate the existing institution. It plays no role in increasing achievement beyond that of a canary in coal-mine; it just indicates whether or not there is a deficiency in the first place. Increasing the "extended learning opportunities" is essentially just the equivalent of class reduction, in that more educators' time and space is applied to the perceived problem. And making the classes harder is just a surefire way to reduce achievement. (This is why senior and grad level classes are very small, compared to freshman classes)

The problem boils down to physics. The teacher-student ratio is just the load-bearing principle in the abstract. A teacher is capable of providing X amount of work, assuming a given level of compensation, or Y. If Y decreases, or does not increase, X is highly unlikely to increase. X is divided among students. If the denominator increases, the relative value of X decreases. If the denominator decreases, the relative value of X increases. Ergo, less students mean more time with the teacher, which translates into a number of positive gains, such as an increase in the teacher's ability to identify and support struggling students, thereby increasing the potential for attainment. More students, on the other hand, means less time with the teacher, and the opposite results should be expected. A number of other scenarios can be extrapolated from this basic, common sense principle. For example, teacher compensation is stalled across the country. This condition places downward pressure on the appeal of the profession to new teachers, while at the same time, the value of their compensation (Y) is actually decreasing due to inflation, and the amount of work (X) is increasing due to the ever expanding population providing more and more students each year. Therefore, it makes sense that reducing class size should have a positive affect on attainment. The Konstantopoulos-Chung (2009) study found "that the average student achievement in small classes (15 students on average) was significantly higher than that in regular classes (22 students on average), and these findings suggest that reducing class size is a promising intervention that increases academic achievement, on average, for all students."

The other methods simply don't work. The NEA released a twenty page advertisement about initiatives at three struggling schools to employ extended educational opportunities, but in all of those twenty pages they could only cite one solid example of material, quantifiable improvement: "Kuss increased the percentage of students scoring proficient or advanced on the Massachusetts Comprehensive Assessment System. The eighth grade 28-point math achievement gap has almost been completely eliminated." The flashy, colorful report describes "satisfying experiences" for educators at the other two schools, but does not actually point to any substantive evidence that those programs had any effect on the achievement gaps or educational outcomes whatsoever.

The only meritable point of view on this subject seems to be the one that reverses the viewing lens. Angela Duckworth says the only common characteristic among high performing students is the willingness to persevere and do the work. This flips the whole equation on its head. Work (X) becomes the denominator, and the only relevant numerator is a student's desire to succeed. We'll call that variable (E) and extrapolate.

If E = X, the student will pass, at the margin.

If E > X, the student will succeed, with a higher probability of future achievement (I.e. college, career, etc).

This is the only explanation that doesn't make my stomach turn. The system itself is fine. My friend and I both dropped out of the same high school. He went into the Air Force, got a degree in Electrical Engineering, and now earns close to $80k a year in his fifth year at General Electric. I went into the Navy, blew my money on weed and hookers, and now I'm dependent on student loans and my wife's income to survive. My understanding of these two outcomes encourages me to work my tail off in school, harder than most other students I encounter who might be smarter or more talented but who don't possess my life experience with failure. So beyond the common sense threshold of "more teachers for more students," I don't agree with any of the other approaches ventured by scholars who find themselves dissatisfied with the achievements of others. It shouldn't be up to professors to pass their students. God help us, the last thing American school's need to do is to lower our standards any further. Professors should receive regular Cost-of-Living increases to combat inflation, and more professors should be added when enrollment increases enough to support the payroll. Students should be expected to do the work or students should expect to fail. Blaming one of the world's leading education systems for the apathy of its under-achievers is like blaming the police for high crime rates.

From my point of view, however, even Duckworth misses the point. It shouldn't fall on educators to motivate students in order to close these gaps. The gaps have to be closed by the communities affected, and even then there really can't be a social mandate. If group B is dissatisfied with being behind group A, then group B will work harder. It's true for the NBA, for Primerica, and for the US Army; it should be true for group B. Conversely, if group B consistently refuses to work harder, it should at some point be OK for others to conclude that group B just doesn't care as much as group A, and that should be OK also.

The world needs laborers too.