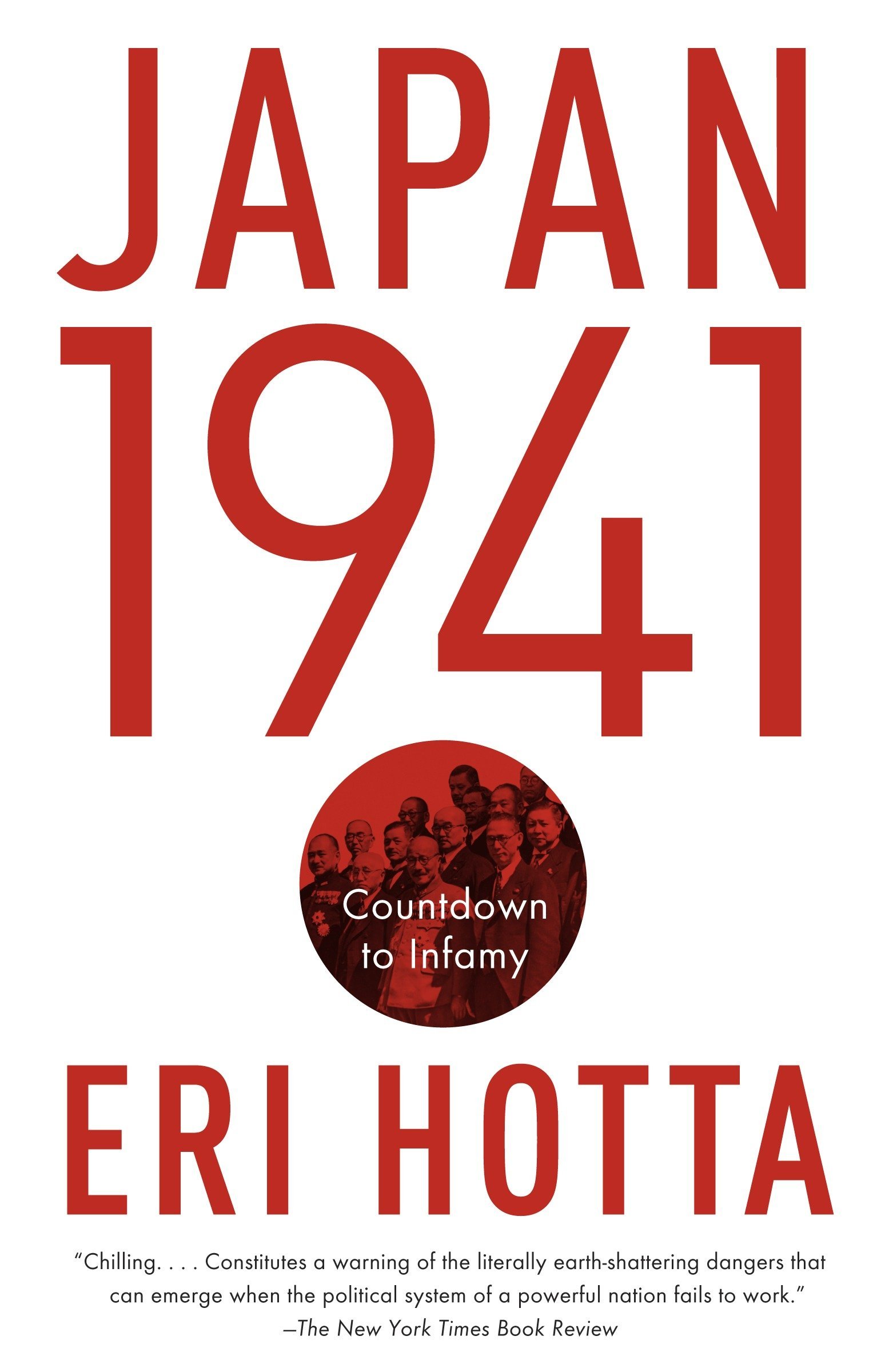 In the due course of educating the successions of generations, western historians tend to focus more emphatically on their own backyards, neglecting, as a consequence, the nuance and intricacy of other nations’ roles in those histories, especially in the evolving narratives surrounding a major conflict. Students, by way of this tendency, often arrive after many years of extensive and deliberative effort, at skewed, distorted, and asymmetrical understandings of their various studies. America’s point of view in the great scheme of things was only a small part of a much bigger puzzle. To unmuddy these waters, one must try to grasp at the many concurrent histories of other participating nations. It is useful, when evaluating the wisdom and motivates of the American government during the period, to also understand the rise and fall of French and British colonialism, of Germany’s age-old rivalry with its European neighbors and it’s own expansionist aims in Africa and Asia, of the Soviet revolution which threw off the Russian monarchy and gathered the slavic nations together into a competitive bloc, and lastly, of the peculiar Japanese interest in displaying the fruits of its decades-long modernization period by way of resistance to western influence in the Chinese civil war and in the Pacific theater in general. For this last journey, Eri Hotta proves a worthy guide.

Japan 1941 introduces the reader to the history of the Japanese transition from feudal aristocracy to and through its Meiji restoration, which saw the overthrow of the old shogunate guard and installed a forward thinking, hyper-modernist nationalist regime, however conspicuously rooted in mythology and tradition. Hotta examines the social, political, economic, and global circumstances which led Japan out of its proverbial dark-ages, into the underdog conflicts with established superpowers such as Russia and Germany at the turn of the 20th century. These events shaped and molded the personalities and policies which influenced Japan’s goals, limitations, and outcomes in the event of a recurrence of that global conflagration. Hotta introduces the principal characters, and breathes into them robust personalities and subtle motivations, flaws, proficiencies, and aspirations. His greatest accomplishment with the book is his ability to capture the byzantine relationships, attitudes, and contradictions of Japanese culture in motion. He has a conversational style which eases the burden on the reader and makes the material more engaging and accessible, and less intimidating and unfamiliar.

To further assist the reader in orienting oneself amidst the tide of unfamiliar names, places, and protocols, Hotta includes a map of the the Asia Pacific region, a list of major characters, a timeline of selected events in Japanese history which help to place their prewar decisions in the greater context of Japanese chauvinism (menaced, but also galvanized, by the white world powers), and a visual breakdown of the Japanese political structure during the era. His notes reflect years of scholarly study, making use of official historical records, biographies, and even the reflections of those many doves and hawks during and after the war. To assist in more scholarly, academic readings, he thankfully includes a comprehensive index. Japan 1941 is the full package, called “Superb…” by the Japanese Times, and “a highly enjoyable read” by the Library Journal.

There are dozens of characters playing many interrelated roles in Hotta’s telling. However, it can be said that a handful of them played the most important roles, and the book’s pacing and organization is mostly centered around the stories of these central characters. There is the young and soft-tempered God-king Hirohito, benevolent and bright, but far too young and unprepared for the responsibilities he will assume. There is the prideful and scheming foreign minister Matsuoka Yosuke whom, in this reviewer’s reading of Hotta, seems to have done the most to steer Japan onto a collision course with the US at the outset, and the least to reverse this disastrous course, being ultimately responsible for drawing the nation into its unfortunate partnership with Nazi Germany by way of the 1940 Tripartite Pact, based on an ill conceived gamble on German successes which would not prove forthcoming. There is the tragic narrative of Nomura Kishisaburo, the diplomat upon whose shoulders fell the dubious and frantic task of unmaking Matsuoka’s mess under impossible circumstances, representing a schizophrenic and leaderless rivalry of political and military factions vying for influence over the impressionable Japanese emperor. And there is the tenuous dynamic between Prime Ministers Konoe Funminaro and Tojo Hideki.

The major issues treated in the book are what make it most helpful. There were simply so many layers to the Japanese predicament, from the intricate history of the 19th century political transformation to the frenzied 20th century industrial modernization. Japan witnessed the encroachment of white colonial powers into its coveted sphere of influence, and rightly recognized the attitudes of racial superiority which underpinned those expansionist movements. Instead of rejecting the mentality of their aggressors, however, Japan embraced that mindset of ethnic hierarchy and set out to prove its own worth by replicating the imperial colonialist policy and going into China to defeat the nationalist movements and establish its own fateful hegemony over Asia and the Pacific. The Japanese government did not come about these new ambitions organically, though-- these necessities were reactionary responses to the rapid and far-reaching growth of their perceived western competitors. One of the the outcomes of this half-handed historical pivot was that the government itself was not organized for effective leadership, and the young God-king was not suited for the task of corralling and controlling the rival Army and Navy leadership, each of whom was indeed fully capable of manipulating Hirohito to get their way.

This structural flaw played a critical role in the government’s failure to acknowledge in good faith the mistakes it made which brought it into conflict with the west, nor to allow their own internal awareness of the sheer absence of feasibility of the proposed conflict to compel them to extricate themselves from the trap they had laid with their own deeds and words. The right people clearly understood the “un-winability” of the war, well in advance of the final decision to wage it, but Hotta illuminates the many microdynamics which produced the momentum and “inevitability” of the war in the event. The japanese government, a hybrid between the ancient and aristocratic utopianist mythology and a radical, ultra-modernist quazi-fascist autocracy. This dichotomy, among others, produced a down-to-the-wire kind of tension in the diplomatic and military conflict for control of Imperial policy during 1940. This conflict, by Hotta’s telling, was profoundly unconducive to successful negotiations with the United States concerning Chinese nationalism, French and British Indochina, free trade in the Dutch East Indies, and other matters, culminating in the embargos of ‘41 which deprived Japan of any sensible reason to believe it could obtain and sustain the resources to actually conduct, let alone win, a war against the US and its partners.

Hotta’s work is indeed enjoyable. He has a gift for untangling highly complicated narratives and translating the fundamentals into readable prose. At certain points, the author’s frustration with the recklessness and pride of those old ministers and chiefs seems to shine through. These departures from the gospel of objectivity are barely perceptible, but noticing them reminds the reader the author is not divorced from these events. And that is the way it should be, because these events still shape the world, generations after the fact. Scholars and students will find many thoughtful reflections and analyses amongst the hi-definition story-telling, but Hotta’s voice does not detract from narrative so much as give it texture and weight. A fine read, and recommended.