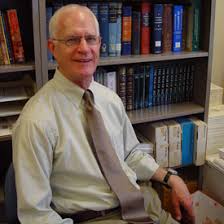 The nation’s foremost authority on the War of 1812, Donald Hickory, gave a lecture to a select gathering of scholars and students of history at Louisiana State University of Shreveport in March 2015. He discussed the causes, course, and consequences of that often overlooked conflict, and presented a thoughtful and well-studied argument that the event deserved as much attention from modern audiences as a historical milestone in America’s birth story as does Washington’s crossing of the Delaware and the storming of Normandy. He swiftly guided the audience through a dazzling array of cultural, political, and military legacies with which modern audiences are readily familiar, but might be surprised to learn how little they knew about. The title of his presentation is “Legacy of the War, Forgotten Conflict: Why the War of 1812 Matters Today.”

Hickey began with a discussion of the war’s obscurity. He argued that the reasons the conflict and its outcomes are so poorly remembered are that the origins of the conflict are poorly understood, as it was an “outgrowth of the Napoleonic Wars,” that it was the only European war fought on U.S. soil since the colonial period, and that its causes weren’t as flashy as Independence or Slavery; it was fought over issues concerning “neutral trade rights on the high-seas,” such as impressment and freedom of trade. Hickey believes that the U.S. invasion of Canada “muddied the causes of the war for later generations” casting the US as the aggressor in reductive revisionist versions of the narrative. He observes that the war is also the only one of its kind to be named simply by the year it was fought, rendering its meaning unintuitive as a term. Though Canada wanted to forget the war and Europe simply dismissed it as a side-show in the greater wake of Napoleonic pandemonium, Hickey asserts that the war deserves better from modern (presumably American) audiences.

Though the ‘Battle of New Orleans’ may not evoke the same recognition or notoriety as ‘Bunker Hill’ or the ‘Bay of Pigs,’ Hickey reasons that its military, political, and cultural impacts are still ubiquitous, if unnoticed, and have played a major role in shaping the nation’s history as it followed. Among his points to on this line he notes that what began as enmity and insurrection and bloodshed between the two warring nations grew over the next seventy years into an extraordinarily advantageous alliance. Hickey also reminds the audience that the war brought compromise between the administration and their federalist opposition, streamlining the national process of ship-building for which America arguably became such a premiere naval force later in its history. On the map, Hickey adds that Florida was gained from neutral Spain at this time, and also that as a consequence of the war, the “doorway to western expansion” was opened wide, meaning that the Native Americans who were in the way would have no more credible opportunities to negotiate with foreign powers. Britain and France weren’t going to compromise their largest economic market for their sake, and so Manifest Destiny was born.

Among such symbolic legacies as the Kentucky rifle and “Old Ironsides,” as well as a newfound reverence for the flag, the national anthem, and cadet grey, Hickey might also add to the list a rich and rewarding historicity, defined by great American scholars such as himself who have labored their whole lives to leave future generations with such a fascinating history of themselves. Such a thing might not have been if cotton never became King, or if the Anaconda plan failed, or if courageous American sailors hadn’t demanded the right to be treated with the same sovereign dignity at sea as they expected at home. No student, or citizen, will repay the debt.