The Real State of the Union 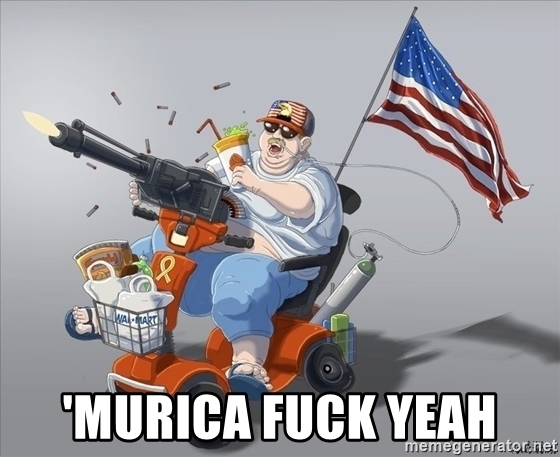 "Our music no longer has substance because substance no longer sells. Our TV screens sell us twisted perversions of ourselves. All of our models have been distorted, and all our optimism aborted. We struggle and endless struggle just to struggle to afford it."

We are broken. That's what I'll tell you that they won't. This isn't about politics or policy. It is about our culture, about who we have become and to whom we have surrendered. It isn't about China or Putin, or about ISIS or oil or even our proverbial "way of life" we hear the politicians convince themselves we are defending. It is about what J.K. Rowling called a casual vacancy. It is about an absence of values and bearing that hints at a full-scale reversal of all the spoils of the Great Enlightenment. It is about a permissiveness that has become pervasiveness. It is about decadence that has transcended the realm of decision into destiny. We have committed suicide at the level of collective consciousness. The flakes and gurus and mystics use to sell that stuff in the eighties and early nineties. We were all going to be of one mind and join hands as a species and all that bleeding heart bullshit we used to get stoned and tell ourselves. The TV used to tell us it was all going to work out. One need not channel surf very far anymore to understand that our TV has evolved a completely new outlook concerning the quality and condition of the human character, and we have completely accepted it, seemingly with little to no dissent whatsoever.

With the Emancipation Proclamation, Abraham Lincoln set a race of people free from the indignity of slavery. With the Union victory over the Confederate states, the government promised reform via Reconstruction. With the contentious election of Rutherford B. Hayes though, the political will to carry those reforms forward in earnest fell subordinate to the need for compromise and continuity. Within a generation, the cause of the black citizen passed from pipe dream to political controversy to conflagration to compromise to catharsis. The white man would not help, and would not keep his promises, and could not be counted on for meaningful change. All truth existed on a continuum, and this truth was more true in the south than in the north, more true in the cotton belt than in many other southern areas, and perhaps nowhere at all more…
Read it now!

December 17, 2018
On the 9th of October, KSLA News 12 reported that “Police found 20 year old Que’Lexus Hunter and a 1-year old girl, each with a gunshot wound to the leg.” Neither the nation, the state, or the city ground to a halt in disbelief or protest or outrage. According to another source, “Detectives learned that shots were fired into the residence from outside of the home, hitting Hunter and her baby.” Toward the end of these articles, and countless dozens of others, if not hundred just like it, the reporter will inform the public that any information they can provide to law enforcement regarding the crime or the perpetrators is appreciated. For Hunter, and hundreds just like her, and many hundreds more who were less fortunate, that is where the story ends. The assailants appear and disappear as suddenly, as if apparitions in some Hollywood movie, presumably to live on with naught but the guilt of their actions and a vague fear of punishment as consequence. The KLFY news station website repor…
Read it now!

Tenants of the Hermitage: Louisiana's transition from Whig Republican to Confederate Democrat during the Jacksonian Era.

May 24, 2016
According to the Library of Congress, “the history of the New York Stock Exchange begins with the signing of the Buttonwood agreement by twenty-four New York Stock holders and Merchants on May 17, 1792.”1 Presently, and consistently throughout the nation's history, that city remains one of the world's most potent economic powerhouses. Arguably, this success is largely to be attributed, in some fair measure, to the success of the Exchange. What is perhaps less known is that throughout much of American History Louisiana was New York's most persistent competitor for national economic dominance. Specifically, the city of New Orleans, for all its diversity and charm, was the most able rival, and the longest standing. At the time of this writing, however, the economic disparity between the two cities is striking. The population of the city of New York is twice that of the state of Louisiana, which itself holds, in total, more than ten times the present population of New Orleans.…
Read it now!