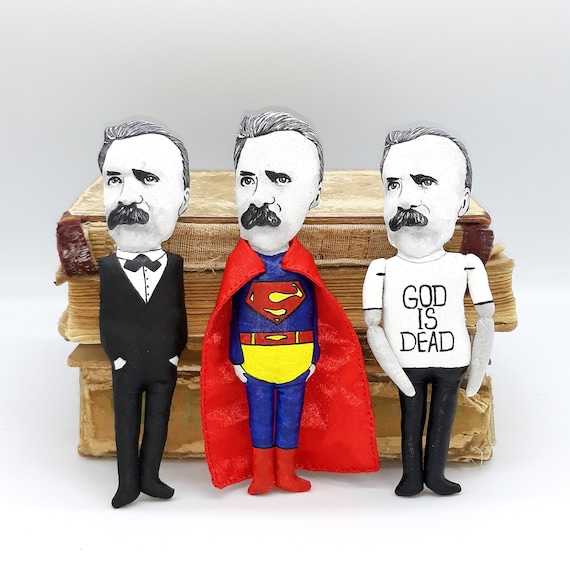 Though Karl Marx's indictment of the Christian religion in Social Principles reflected the irreverent indignation of a seemingly oppressed dissident, both angry and tinged with callous cynicism, it is difficult to relegate his commentary to mockery. Marx writes with great passion about the unfavorable outcome of what he treats as kind of a grand, eighteen hundred year long experiment.

The great irony in the western religious and political rejection that walled off what became a semi-Marxist empire and a dominant global socioeconomic force is that beneath his rebellious tone, what Marx suggests about mainstream institutional religion only echos the cries of many so scholars, prophets, and reformers which precede him.

What links Marx with the most fervently radical religious fire-and-brimstone preacher, with the most prolific humanitarian saints, and with the most successful church reformers is the courage to hold what is arguably the world's most important governing authority to its own standard. From this vantage, Marx is greatly humanized by the retrospective concession that he himself was not completely to blame for the conclusions he drew from what he observed of history. To treat Marx fairly, therefore, is to grant the possibility that had the church evolved into a less contentious, more edifying presence in Marx's world, he might have embraced it for its many virtues. Instead, Marx lived in the long consistorial shadow of a much more invasive and authoritarian animal, whose ravishings were visibly inconsistent with the Christian message of peace, comfort, redemption, and faith.

In any setting which finds bureaucracy governing matters of morality and thought, as when there is no boundary between church and state, the two become indistinguishable. The “double-wings” which provide “in-exhaustible life” in Marx's metaphoric treatment of the Prussian eagle, did so on the strength and sweat of a severely disenfranchised population, and did so for the advancement of hostile, alienating forces. If the premise of Christianity is that God is in control, how else could a mind like Marx interpret the world he saw? When he writes “One third of the nation has no land for its subsistence...[with] another third in decline” his complaint would fall silent on the ears of God and Holy Roman Emperor alike. In his view, the failure of the one through centuries implies, if not guarantees, the failure of the temporal models of the other, which predicate themselves upon theology.

When Marx describes Prussian Consistorial Councilors as having “imaginary blanks checks, drawn on God, the Father, and the Company,” it is not difficult to see how he draws the line from “justification of slavery in antiquity,” through the “[glorification] of medieval serfdom” to the “defense of oppression of the proletariat” in his own time. While for many historians, the past is a long and intricate series of battles, intrigues, and expeditions, Marx took the furthest step back and painted the last few thousand years with the broad stroke of admonition, for both the takers who thrived on the broken backs of the poor, and for the sublimated minds of the chattel which whinnied on, generation after generation, toting the cannibal dwarves on their giant shoulders.
Marx observes what, in his view, represents the greatest human tragedy perpetuated by the cruelest of schizophrenic rationalizations: that this servitude of dehumanizing guilt and blatant exploitation is eternally imposed upon this race of men as either “just punishment or suffering for the redeemed.” Marx is often treated by critics as a proponent of violence, which is a distinction often used to mark the disparity between the messages of Martin Luther King and Malcolm X in the American rights movement era.

This characterization fails to objectively acknowledge the urgency and sincerity of Marx's perspective. His was not the world of idle philosophical musings in suburban comfort. That Prussian Eagle would ultimately become a casualty of ideological world war between well entrenched members of an inbred family of divine right rulers operating and expanding in tandem with their faith traditions. Soldiers were followed by missionaries or sects of dissident refugees, who, in turn, were followed by new governments, rapidly modernizing security forces, producing new soldiers, from which inevitably proceeded more refugees, dissidents, and always, new governments.

Everywhere in 19th century Europe, the erased identity was a common theme. Entire cultures were weighed against bullets and gravestones. And all the while, soft voices whispered, “relax, everything is under control, there is a plan, His plan.” What even Marx struggled to articulate was that ALL humans are bound by their own imperative, either to resist or be subdued. Slavery is a condition of the mind, and not of the shackle or whip. To turn the other cheek enough times, as Ghandi famously did, in Marx's view was to effectively teach the abuser that one condones the abuse.

While Absolutists may defer to Gandhi's example, Marx addresses the much more typical result, with which he equates the outcome of the whole Christian experiment: a world in which humanity is defined by “cowardice, self-contempt, abasement, and submission.” Where the faithful are content to ask only for their daily bread, Marx places greater value on “self-respect, pride, and a sense of independence.” With this principle, even the staunchest of cold-war hawks and apocalyptic evangelists might have found common ground in the age of democratization and Manifest Destiny.